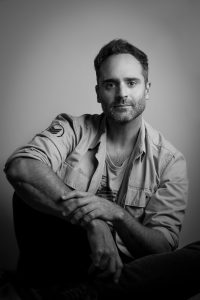 Santiago Barreiro (Montevideo – Uruguay 1985) is a National Geographic Explorer, photographer, visual storyteller and Aljazeera contributor. His approach mainly focuses on the study of dance, humanitarian topics, gender, and minorities. He trained at the Foto Club Uruguayo (2006 – 2008) and immediately began to work for several local and international entities, publications and print media  including El País, Reuters, La Diaria, El Ideal de España, Gatopardo Mexico, Jungewelt Berlin, El  Espectador, Danza Brazil, Dance Europe, Dance Magazine, Pointe Magazine, Reuters, Ministry of Culture of Uruguay, Ballet Nacional del Sodre, Contenidos TV, Gaynor Minden New York. He has participated in several collective projects and exhibited his work, both inside and outside the region, on several occasions, among which we should mention: Fotograma 2009, shows «Iguales a la par»; Un techo para mi país 2008; shows Reaching U, «Con fotos ayudamos», in New York; shows Movida Joven 2009; shows of the Inter-American Development Bank 2012; Grand Prix Photography Optec – Carl Zeiss Uruguay 2012 and Fotograma 2013, with the collective exhibition «Detrás de una mirada». His photographs have been part of several publishing projects such as «Uruguay Panorama 2012»; «Bicentennial Uruguayan», of the Ministry of Education and Culture; a WHO publication for Latin America, «Divino Salvo» – A look at the surprising icon of Montevideo», «Jogo do Corpo» of the San Pablo Dance Company, and he has participated in several festivals and reviews of international photography portfolios. As a result of a deep and dedicated interest in dance, in 2012 he was invited by famous dancer Julio Bocca to take the photograph of the Ballet Nacional del Sodre in Uruguay. From that time on, he has dedicated himself to researching, studying and photographing the world of dance, both in a documentary and conceptual way, constantly collaborating with several dance companies and developing photographic research projects on a personal level. In 2015, he published his own dance book called «Pueblo Ballet» (Ballet Village), which through photographs tries to bring dance closer to those who do not always have the opportunity to access it. Thus, democratizing access to ballet in Uruguay. In 2019 he won the first prize at “multimedia” short form category of the “PoyLatam” contest (Picture of the year Iberoamerican), and two years later, in 2021, he received the first prize in the individual sports category of the same contest.

Some awards, grants & mentions to highlight.